…or why bin picking solutions are gaining popularity

Today’s bin picking solutions consist of robots equipped with machine-vision technology and software. They can detect the pickable surfaces in a container of goods, then grab those items.

Which industries use bin picking solutions most often?

Many bin picking solutions offered by today’s vendors are highly versatile, meaning clients can customize the equipment to suit their needs. However, certain sectors are especially likely to choose bin picking tech. Here are some of them.

Pharmaceutical companies often use robotic picking systems for their traying and de-traying operations. More specifically, these parts of a process involve taking packaged medications from one container to another for further processing.

Robots can easily handle tablets in blister packs or other pharmaceutical products in rectangular boxes. However, some solutions can also take syringes from bins and grip them securely.

An inpatient pharmacy at a Chinese hospital also deployed robotic bin picking solutions. The equipment fills people’s prescriptions by picking medications from a box and transferring them to a basket. Once they reach that second container, a human checks the medicine before it goes to the patient.

The grocery industry is also heavily reliant on bin picking robots. They have become increasingly necessary as more customers have opted to get their groceries in non-traditional ways.

For example, a person may choose to pick their order up from a nearby store or have the goods delivered to their doorstep. Robotic picking technology likely helps with both kinds of order fulfillment.

Robotic picking of items from shelves with the 3D camera MotionCam-3D attached to the robotic arm and scanning the items while the robot moves.

Kroger is one of the brands betting on robotic picking to help it meet customer expectations. At one of its fulfillment centers, 1,000 robots pick about 28,000 possible items from crates stacked three stories high. The machines can pick 50 products in less than five minutes while achieving 99% accuracy.

It has historically been difficult to design robots capable of picking items that people wear. That’s mostly due to how they often have irregular shapes or soft textures that may make them hard to grip. However, technology has improved, giving apparel brands opportunities to use picking robots.

One picking robot on the market can pick up belts and T-shirts, but the system needs further refinement. That’s because the company that developed the machine for its needs sells a staggering 1.3 billion items.

In another case, sports and footwear brand Asics uses mobile picking robots in its warehouse. Each one can run for up to 18 hours at once, meaning it helps the company stay productive at all hours.

How do companies benefit from deploying bin picking technology?

Many decision-makers who opt to use bin picking technology say that bin picking solutions help address the challenges of labor shortages. Logistics brand DHL installed the technology in its warehouses to cope with the seasonal rush. The units picked per hour reportedly rose from 78 to 150 after the company moved away from manual picking strategies.

Using bin picking solutions can also significantly reduce the walking a warehouse team member does on a given shift. Some people in fulfillment roles may walk many miles after arriving at work. However, bin picking technology often reduces how often people need to search for specific products during order-fulfillment tasks.

Deciding to use bin picking robots can often give company leaders the motivation needed to improve the organization of their facilities, too. Doing that could lead to numerous advantages, including faster picking speeds and better inventory visibility.

UPS recently deployed a solution with robots, bins, and stations for retrieving and putting away packages. This setup reportedly provided the brand with a 400% increase in storage capacity over a traditional warehouse setup. Additionally, 10 robots only require as much energy as one vacuum cleaner.

There’s also an autonomous bin picking solution that can move plastic or metal parts from containers to machining stations for further processing. The system provides manufacturers that have little or no previous bin picking experience the technology to place those parts accurately with limited human intervention.

It often takes considerable time, effort, and financial resources to make bin picking technology as effective as possible. However, when company leaders are willing to commit to those things, the payoff can be well worth it. Even the most diligent humans can become fatigued or distracted, making manual methods often fall short.

Robotic companies that combine in-house technologies with advanced machine-vision cameras can achieve results that are undoubtedly faster than what people could accomplish. This includes fast image capture and object detection, 24/7 operation, and error-free results.

Bin picking solutions can also be used for grabbing previously unseen objects. When AI algorithms are trained on huge datasets of objects, they can generalize and quickly recognize new types of items that they have never seen before. Because the algorithms constantly learn, their performance improves over time.

There’s also increasing interest in bin picking solutions that can handle non-geometric and highly variable shapes. Developers built one system to tackle random bin picking for objects with deformable and non-symmetric, complex shapes. It reached a cycle time of 6 pieces per minute. The system’s creators asserted that the solution demonstrated the power to repeatedly empty bins filled with randomly arranged products of complex and irregular shapes and as such is ready to be deployed by manufacturers.

It’s also helpful that most bin picking robots are both accurate and fast. Researchers at MIT developed such a system and named it TurboTrack. It works with product containers that have radio frequency identification (RFID) tags. Tests showed that the technology could locate a tagged item within 7.5 milliseconds and be accurate to within less than 1 centimeter.

Factors such as seasonal demand or societal trends often mean businesses in certain industries must expand their operations to match customer needs. The examples shown here and elsewhere highlight how bin picking solutions can make that possible.

However, getting the best results from these offerings requires potential users to identify their pain points and explore how bin picking automation might relieve them.

Additionally, they should choose metrics that clarify whether the company is getting progressively closer to its goals. If that is not happening, despite allowing for time to make the required adjustments in the facility, it may be necessary to tweak the aims or take a closer look at where the room for improvement exists. 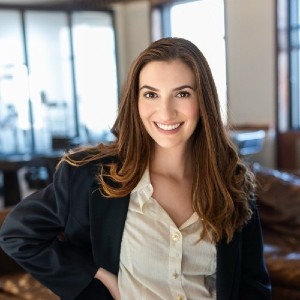 Emily Newton is an industrial journalist with over five years experience covering the manufacturing sector. As Editor-in-Chief of Revolutionized, she also covers trends in other industrial sectors, like logistics and engineering.

Picking from several bins: Advantages of a dedicated scanner per bin

Do you need to pick parts from several bins? Then you probably grapple with the…

Quality control is one of the most crucial processes in any manufacturing workflow. However, as…