Become the ultimate master of bin picking with the new Bin Picking Studio 1.4.0!

Our team of experts invested months of endeavor to push automated bin picking to completely new realms – making the impossible real. Are you ready to enter the future of smart automation with the highest-level, market-leading technology?

We present you the Bin Picking Studio 1.4.0 – with new features, upgrades, and enhancements.

Collision checking algorithms were completely rewritten and enhanced with the following new abilities:

Speed is a high priority for every customer; therefore, we made the following speed optimizations:

Together with the new version of Bin Picking Studio, we also release a new version of Localisation SDK numbered 1.3.0. Besides general stabilization and speed improvements, the users can look forward to the following features:

Scanner on the robot

The possibility to mount a scanner on the robot, a so-called hand-eye approach, was frequently requested by our partners and customers. This allows the user to use a smaller scanner for bigger bins and thus get a higher resolution and better details. Another significant benefit is provided by the option of variable viewpoints, which comes very handy in case one needs to take a closer look at the corners of the bin. Attach the scanner to the end of the robotic arm or gripper, calibrate them with a brand new marker pattern calibration and enjoy the benefits of scanning from variable viewpoints.

We pushed “pure” debugging to another level. Besides marking the localized parts with color, we now also display complete trajectories in 3D space. The user can click on the detected objects and inspect:

You can literally replay the robot’s planned motion. Position by position.

Environment correction with the scan

The process of alignment of the scanning volume with the robot’s working volume is crucial for successful bin picking and we will continuously work on improving the calibration pipeline. Besides higher user-friendliness, users can look forward to the following features:

Fluent movement of the robotic arm is a basic requirement of any customer. Therefore we made a few tweaks to the path stage configuration:

Robot modules were also updated to improve error handling and connection reliability. In addition, new, more complete examples were added for every brand.

Besides all the features described above, we made a few smart enhancements across the entire system. These include:

For easier understanding, the documentation is full of pictures and descriptions supporting texts. It has been extended with new sections, mainly related to path planning, the environment builder, calibration process as well as user roles and permissions. 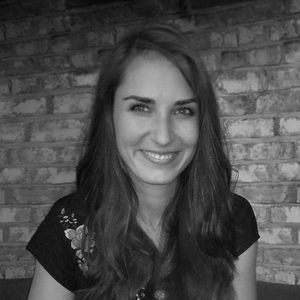 Quality control is one of the most crucial processes in any manufacturing workflow. However, as…